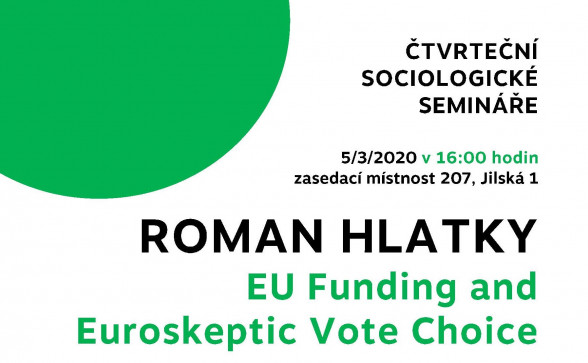 Why do voters in Central and Eastern Europe (CEE) vote for Euroskeptic political parties? Existing explanations of Euroskepticism suggest that those benefiting economically due to the European Union (EU) are less likely to be Euroskeptic. These approaches fail to take into account the social purpose of EU economic transfers. I argue that the minority advancement realized through EU funding drives voters towards Euroskeptic electoral options. I provide evidence of this relationship through two methods: a large-N statistical analysis and a survey experiment. The large-N analysis employs time-series, regional data from ten CEE member states. The survey experiment tests the hypothesis with a nationally representative sample of the Slovak population. Results from both methods corroborate the hypothesized relationship. Importantly, results suggest that reactionary voters may undermine the long-term institutional goals of the EU due to the short-term consequences of EU policies.

Roman Hlatky is a Ph.D. candidate in the Department of Government at the University of Texas at Austin. Currently, he is a Fulbright Research Fellow at Comenius University in Bratislava. Roman’s research focuses on political parties, nationalism, ethnic minorities, and Euroskepticism in Central and Eastern Europe. His work is forthcoming in Political Research Quarterly.