The Language of Political Incorporation: The Chinese Migrants in Central-Eastern Europe 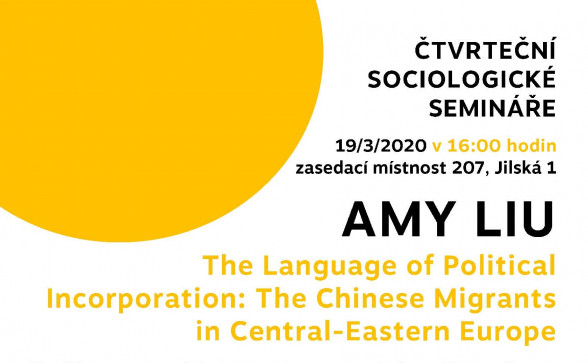 The Chinese are one of the largest migrant groups in Central-Eastern Europe. Yet, we know very little about their behavior as a group or the region as a migration destination. In this talk, I draw on original survey data, interview observations, and newspaper text analysis in five countries (Bulgaria, Croatia, Hungary, Romania, and Serbia). I demonstrate how the Chinese – specifically those in Mandarin-speaking networks – engage voluntarily and positively with the authorities; trust the locals and are inclined to help them; and show a predisposition towards identifying with the host country. And to ascertain whether the behavior of the Chinese in Central-Eastern Europe is unique, I will also compare them to (1) the Arab migrants in the region; and (2) the Chinese migrants in Western Europe.

Amy Liu (PhD. Emory University; BA Smith College) is an associate professor in the Government Department at the University of Texas at Austin. Her research and teaching focus on the intersection of language and politics. Her first book Standardizing Diversity: The Political Economy of Language Regimes examines how the recognition of lingua francas can be conducive for economic growth – in Asia generally and in Southeast Asia specifically. Her second book The Language of Political Incorporation looks at the linguistic networks of Chinese migrants and the implications for engagement with local authorities in Europe. Amy’s work has also appeared in journals such as British Journal of Political Science, Comparative Political Studies, International Migration, Journal of Politics, and World Politics.