News and eventsEqually Sharing Household Labor: How Couples around the World Undo Gender One Diaper at a Time
Share
Seminars

Equally Sharing Household Labor: How Couples around the World Undo Gender One Diaper at a Time 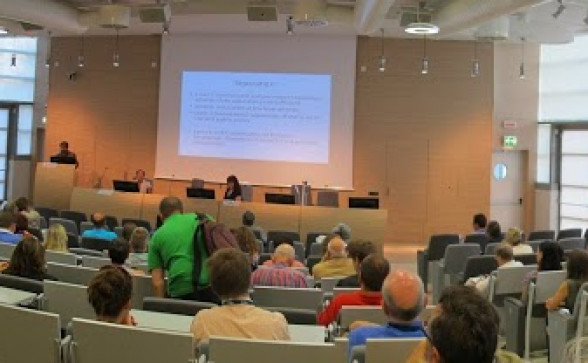 Equally Sharing Household Labor: How Couples around the World Undo Gender One Diaper at a Time

Abstract:
In the last half of the 20th century, women flooded into the labor force. However, the distribution of household labor has remained distinctly gendered. In every country studied, women continue to do more housework and childcare. The theories to account for the lopsided division will be reviewed with special emphasis on gender construction (West & Zimmerman, 1987). Despite the ubiquity of husbands and wives “doing gender” at home, some couples undo gender by creating equality in the division of labor. A global study of equally-sharing couples in 27 countries currently underway will be reported, along with preliminary findings on the factors that facilitate equal sharing. These include: the structure of the workplace, men’s orientation toward work, equality-friendly attitudes, families of origin, and willingness to thwart social norms.

Bio:
Francine Deutsch is a Professor of Psychology at Mount Holyoke College in the United States. She received her BA from Carnegie-Mellon University and her Ph.D. in social psychology from Columbia University. Her research focuses on the gendered division of domestic labor. Deutsch’s book, Halving it all: How equally shared parenting works (Harvard University Press, 1999) explored how couples re-invented parenting by sharing it equally. Articles she has written include; Undoing gender, College students’ plans for different types of egalitarian marriage, The double standard of praise and criticism for mothers and fathers, and How gender counts when couples count their money. Journals publishing her work include Journal of Personality and Social Psychology, Gender and Society, Journal of Family Issues, Sex Roles, Psychology of Women Quarterly, and Journal of Marriage and Families. Her current projects include a global study of couples who equally share family work and a series of studies exploring the factors that influence whether preschool teachers in the US pursue higher education. She and her husband equally shared the care of their son who is now 27 and a dramaturgy graduate student at Yale University. After complaining for many years about his feminist-inspired hyphenated last name (Epstein-Deutsch), he now profits from the advantage of having his writing easily googled.