Democracy and non-democratic alternatives in the globalized world

This international workshop seeks to contribute to the ongoing debate about the de-consolidation of democracy. It will explore the contemporary disappointment with the ways how democracy is functioning, manifested in the falling confidence in democratic institutions. 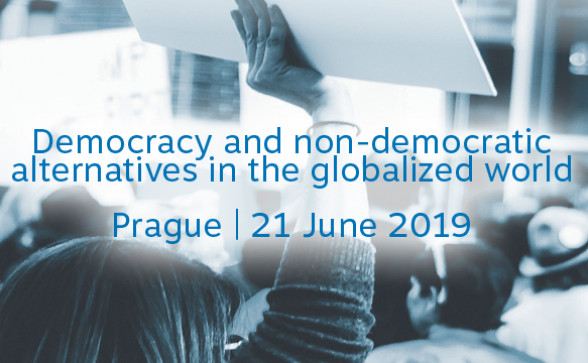 Worldwide, traditional political parties are losing their electoral base and are unable to reflect the growing contradictions and inequality in society adequately. Polarization of society and marginalization of some groups lead to the support of new populist-oriented political actors around the world. We bring together a set of experts from around the world (Czech Republic, Slovakia, Bulgaria, Germany, Hong Kong, Brazil) to explore these issues, from the perspectives of governance (Hauke Hartmann, Petra Guasti), populism in non-Western context (Alessandro Pinzani, Susanne Yuk Ping Choi), and transitional justice (Roman David, Dobrinka Kostova). We will focus on similarities and differences between three key regions: Central and Eastern Europe, Latin America and Asia. During the workshop, two recently monographs will be presented - Communists and Their Victims: The Quest for Justice in the Czech Republic (2018, by Roman David) and Democracy under Stress: Changing Perspectives on Democracy, Governance and Their Measurement (edited by Petra Guasti and Zdenka Mansfeldova).

The event is financially supported by the Strategy AV21 of the Czech Academy of Sciences, research programme No. 15 - Global Conflicts and Local Interactions: Cultural and Social Challenges, and registration is free.

10.00-10.30 presentation of the Bertelsmann Transformation Index and its main findings

I. Block - Justice and its enemies
Chair: Dr. Zdenka Mansfeldova