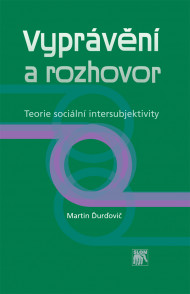 This book is a contribution to general social theory. The arguments herein are guided by two interests. On the one hand is the interest in the topic of intersubjectivity in sociology. Research on the intersubjectivity of understanding, which is the precondition for the coordination of action among individuals, offers an alternative to the frequently discussed dilemma of individualism versus holism. On the other hand, there is the interest in hermeneutics as studied in philosophy. In research on intersubjectivity hermeneutics makes it possible to move beyond the focus on the reproduction of the social order that predominates in Alfred Schütz’s phenomenological treatment of the subject. This book draws on the conceptual thought of philosophers Hans-Georg Gadamer and Paul Ricoeur and uses it to dynamise intersubjectivity. The objective is to develop a theory that is able to illuminate the social change occurring in contemporary advanced societies.

In its adaptation of hermeneutics for the purpose of sociology, the book rejects one-sided social-constructivist perspective. Being cannot be equated with the interpretation of being, because it is then difficult to grasp some social phenomena and perceive the areas where the study of these phenomena extends into other scientific fields, including the natural and technical sciences. The observation that the subject of sociology does not wholly overlap with hermeneutics leads to the interlinking of hermeneutics with a realist view of society. On this, the book’s author offers an original contribution. He draws on the contemporary stream of critical realism in philosophy (Roy Bhaskar) and sociology (Margaret Archer), which is sometimes considered incompatible with hermeneutics. The analysis presented in this book, however, demonstrates that, on the contrary, the idea of the ‘emergence’ of social happening, as we can call it with realists, corresponds very well with both the hermeneutic concept of narrative and the hermeneutic concept of dialogue.

The goal of the book is to develop through a study of intersubjectivity the possibilities for hermeneutic thinking in sociology and to give a realist air to this type of thought. The author does not deal with the theory of intersubjectivity in isolation and instead searches for a way in which it could be more comprehensively applied in sociology. This is reflected also in the book’s course of inquiry, during which numerous theoretical contributions are raised for discussion. The overall argument, however, is systemic.

The first part of the book defines its subject of inquiry. Studies of social intersubjectivity do not philosophically question the existence of others; they focus on the patterns of understanding and action that are applied in the regular, everyday interactions between individuals. In order to prevent the book’s subject from being broken up into small pieces, four pillars are set up for systematising a theory of social intersubjectivity and these are adhered to throughout the book: hermeneutics, realism, social relations, and a morphogenetic approach. The reflections at the end of the first part of the book show that analysis of intersubjectivity touches in fundamental ways on the problems of predicting and managing (collective) action. Modern societies have sought to achieve the predictability of action by technically shaping social relations. This, however, is defied by the emergent nature of a social happening.

The second part of the book sets its arguments in relation to the wider coordinates of social theory. First, using the example of Anthony Giddens’s structuration theory, it presents a critique of hermeneutic idealism in sociology. The shortcomings of this kind of approach can be addressed by creating an alliance between hermeneutics and critical realism, which can be called hermeneutic realism. To build on the concept of generative mechanisms that realists work with, the book introduces the concept of generative hermeneutics. Its purpose is to study how meaning spreads across social relations, generates shifts in understanding, and through action ultimately social change too. The alliance is underscored with the adoption of Archer’s theory of the morphogenetic cycle. An element of intersubjectivity keeps the historical existence of societies in motion in that individuals’ interpretations on the one hand reply to currently existing structural conditions that have emerged out of the past and on the other hand give rise to future structural elaborations.

In the third part attention turns to four selected theories of social intersubjectivity that can be found among the classic sociological theorists. The aim is to map the topic of social intersubjectivity and identify convergent tendencies applied in the topic’s treatment in order to employ them as the guidelines for expanding on the idea of generative hermeneutics. Individual chapters are devoted to: 1) the discovery of the reciprocity of effect between individuals and the development of the rudiments of Georg Simmel’s theory of social morphogenesis; 2) the systematic work of Alfred Schütz and his distinction between co-lived and typified intersubjectivity; 3) George Herbert Mead’s revelation of the power of reflexivity to dynamise intersubjectivity; 4) the strategic aspects of intersubjectivity as captured in the framing analysis of Erving Goffman. This evaluation of convergent tendencies indicates that a theory of social intersubjectivity should meet the following requirements: it should unite hermeneutics and naturalism, the micro-social and the macro-social, reproduction and change of an order, and consensus and conflict. This would for further research create a relational framework for theorising with which the theory should not come into conflict.

The last two parts explore narrative and dialogue as intersubjective hermeneutic activities that permeate the social relations in which the explicit interpretation of a social happening occurs and alternative courses of action intervening in this happening are outlined.

The fourth part of the book draws on Ricoeur’s theory of narrative figuration (threefold mimesis) to formulate a model of narrative intersubjectivity. Here narrative is not primarily associated with individual (personal) identity or collective (group) identity, but instead provides insight into a way of dynamising intersubjectivity. The explanation here focuses on the role of narrative in social interaction, not in literary texts. Both are part of a strategy to elucidate social change. In a world that individuals already have some understanding of (narrative prefiguration), the narrators talk about themselves and/or others and the world (narrative configuration), which stimulates interpretative activity on the part of others (narrative refiguration). Narrative is a source of hermeneutic emergence. When individuals talk to each other about a continuing social happening, meaning is generated, and that meaning influences their opinions and actions and is reflected in the further shaping of social relations.

There is a deeper point to this finding. Studies of the relationship between narrative and social happening show that in social theory it is necessary to maintain the perspective of narrative realism. A narrative configuration is about the construction of a plot by a narrator. At the same time, however, narratives (re)present episodes, events, and processes that are in some way interesting and are worth being narrated. In intersubjective communication we often expect that anecdotes and stories will provide us with valid information about the world and about others. Narratives also, however, know how to describe what has yet to happen, what will happen if we act in a certain way, and they thereby have an effect on forthcoming interventions in a social happening. This book advances the proposition that Ricoeur’s narrative theory is compatible with the concept of Archer’s morphogenetic cycle and it tracks the consequences of this proposition for social theorising.

The fifth and final part formulates a model of dialogical intersubjectivity following from Gadamer’s hermeneutics. This approach is based on distinguishing between conversation and dialogue. Conversations accompany ordinary, everyday interactions. During these interactions, utterances exchanged between individuals organise themselves into fixed patterns subject to rules but may also be enriched by narratives. This is a perspective that is widely present in contemporary sociology, whether on the theoretical level, particularly in the work of scholars who espouse Wittgenstein’s language games, or the methodological level, as can be observed in conversation analysis. All in all, a tendency to reproduce the social order is manifested in conversations.

The advantage of Gadamer’s concept of dialogue is that it helps to clarify intersubjective reflexivity, which deviates from the fixed flow of conversations. Gadamer understands the intertwining of questions and answers in dialogue as a happening that extends beyond the individual consciousness of those participating in the dialogue. The clash between different opinions about the thing or matter that is the subject of the dialogue gives rise to the meaning, which does not entirely belong to either of the partners in the dialogue. The book situates the hermeneutic emergence of dialogue within the context of the process of social morphogenesis. The need for dialogue arises in the moment when individuals, who confront each other in a relatively equal position, reflexively resolve practical problems relating to the structural settings of social happening. Because it is usually difficult to separate these problems from the way in which the individuals narrate the social happening among themselves, the findings of the fifth part of the book lead to reflections on a ‘dialogue of narratives’.

In its conclusion, the book returns to the problems of predicting and managing action, which were introduced in the first part of the book. Findings from the study of hermeneutically dynamised intersubjectivity indicate that both problems are to some degree insurmountable. On the one hand, social happening is immutably emergent, which makes the possibility of predicting social happenings on the basis of known regularities rather difficult. On the other hand, an important role in re-routing or reshaping social interactions is played by the emergent force of words, with which individuals influence each other in the course of a narrative or dialogue. This makes it impossible to transform the managing of action into a purely technically controlled procedure.

It is possible to buy the book in Sociological Publishing SLON.

Project:
The application of philosophical hermeneutics to the sociological theory of intersubjectivity