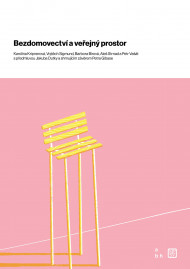 Over the past few years, the topic of social housing has dominated the Czech professional and non-professional debate on homelessness. All experts agree that social housing in the Czech Republic is a necessity. However, one dangerous theme circulates in the discussion: homelessness is reduced to housing, and the debate evokes it can be simply resolve by the existence of social housing. But as sociologist Saskia Sassen points out, today's cities, including their public spaces, are new strategic sites and frontier zones of the current global economy. Consequently, current homelessness cannot be, by definition, only a matter of housing. On the contrary, it represents a wider urban phenomenon associated with the global economy and the specific role of cities in it. The role in which it confronts global with local, repression with resistance or economic interests with everyday life. Thus, through the optics of transnational comparison, this chapter looks at the parallels between Latin-American slums and Czech homelessness as different forms of the same phenomenon - urban poverty. Specifically, it focuses on four specific areas: (1) the general context of their informal urbanism in the city, (2) the political and economic background of both phenomena, (3) the discussion of possible solutions, and (4) the specific nature of the punitivity. Through a critical study of experiences with slums in Latin American cities, the chapter looks at the complex relationships between homelessness, economy, public space and the city itself. In doing so, it reveals the factors that significantly affect the current homelessness and whose importance is systematically omitted in the Czech context.

Project:
Time and Space of Homeless Persons in a Post-socialist City: A Comparison of Prague and Pilsen