PublicationsClimate Change and the Transition Movement in Eastern Europe: The Case of Czech Permaculture 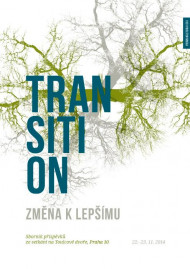 Climate Change and the Transition Movement in Eastern Europe: The Case of Czech Permaculture

This paper focuses on a grassroots community movement addressing climate change: the transnational Transition (Towns) movement. While this movement has mainly spread to Anglophone countries, it is almost entirely absent in Eastern Europe, and Czechia in particular. The aim of this paper is to explain why the Transition movement—a grassroots community initiative—has not been successfully adopted in post-socialist Czechia, and why the issue of climate change has not become an important frame for the local permaculture movement which introduced the idea of Transition to the country. The paper presents an analysis of ideological frames and framing processes of the local movement. Among the reasons identified for the absence of the movement in Czechia are the fact that it was largely overshadowed by the broader post-socialist transformation in Eastern Europe, that there was little public awareness of climate change and no real culture of community organising in the post-socialist period, and a strong climate scepticism was promoted by Czech political elites. Other reasons relate to the ideological frames of the local permaculture movement, which is centred more on prognostic and mobilising frames, combined with a positive agenda and an emphasis on practical activities, and also revolves around individualised strategies and frames in which permaculture and a nature religion (Anastasian spirituality) are linked to the concept of a ‘family homestead’. The research draws on in-depth interviews with permaculture practitioners, media analysis, the study of documents, and participant observation.

Online:
Climate Change and the Transition Movement in Eastern Europe
Project:
Sustainable lifestyles and movements in global and local contexts