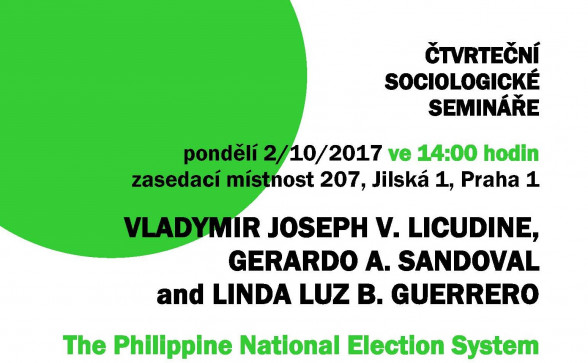 The election of Senators in the Philippines is unique, with no geographical allocation of seats. Senators are elected at large and wage a national electoral campaign, making a high-scoring senatorial winner a strong contender for a future presidential or vice-presidential position.  Twenty-four seats were contested in 1987 and 1992, and 12 seats every three years thereafter. Thus the winners were the top 24 candidates in 1987 and 1992, and the top 12 in elections starting in 1995, in terms of the national number of votes.  At present, a voter may choose up to 12 names, and may split the choice across any number of political parties.  Voters usually select a mix of senatorial candidates from different parties, so a political party is said to win a senatorial election if most of the winners are affiliated with it.  The outcome of a senatorial election is inherently more difficult to predict, since the percentage-point difference in votes between the lowest-ranked winner and the highest-ranked loser is often only a fraction of a percentage point.

2.         Panel mobile surveys. First implemented in the Philippines in the first half of 2016 as the country headed into general elections, the Bilang Pilipino (Count Filipino) SWS Mobile Survey was a pioneering effort to utilize mobile digital technology for scientific, rapid opinion tracking of a statistically representative national panel of voters freely equipped with mobile phones. Gerardo Sandoval will discuss the methodology and results is his talk about "Tracking voter sentiments and behavior using panel mobile surveys".

3.         Exit poll. The SWS exit polls of 1995, 1998, 2001 and 2004 were all conducted on election-day, in the homes of a random sample of respondents who had already voted earlier in the day. In 2010 and 2016, however, the SWS exit polls were conducted not in homes but at fifty (50) meters away from the polling centers. In addition to asking about the votes for President, Vice-President and Senators, several questions and standard demographics (gender, age, education, socioeconomic class, religion, charismatic group, and home language) were asked that enabled substantive analysis of the 2016 vote. Linda Luz B. Guerrero will discuss the methodology and results in her talk about "Reporting election results during day-of- election poll".

Vladymir Joseph V. Licudine is Deputy Director Survey Design, Analysis and Training, Gerardo A. Sandoval is Director Sampling and Data Processing, and Linda Luz B. Guerrero is concurrently Vice-President/COO and Director of Survey Design, Analysis and Training of Social Weather Stations (SWS,https://www.sws.org.ph/swsmain/home/ ). Established in 1985, SWS is a private, non-stock, non-profit and non-partisan social research institution engaged in public opinion polling in the Philippines. SWS conducts omnibus national surveys of the general Filipino public, initially semi-annually from 1986, but quarterly since 1992. On top of these surveys, SWS also conducts commissioned surveys on various socio-economic and political issues.